Thank you, Eric. That’s exactly what I did. I also …

Comment on Taobao International Shipping: Everything You Need To Know by Jeanette.

Thank you, Eric. That’s exactly what I did. I also tried again, the seller was very nice, though the other wasn’t helpful, but I do understand. I still had an issue. I’m going to try again soon, after re-reading your information, your site is VERY helpful.

Comment on Taobao International Shipping: Everything You Need To Know

I placed my order from 2 different shops, still waiting and then I discovered I had messages, which I didn’t see until today, it doesn’t appear the site shows you have messages. One states the money I paid was for domestic shipping, interesting when you consider they know it’s shipping to the U.S. Perhaps the site isn’t all that user friendly, or I made a mistake, which I hope can be rectified.

The other merchant advised me : “You left a foreign address, you need to take a picture of the warehouse address on Taobao before delivery.” What does that mean? The seller hasn’t responded yet.
They asked if I want simple packaging, which I assume is much like AliExpress. A very easy site to use and buy from.
Still waiting on a response from both merchants, it’s morning there.Are these common issues? I’m close to canceling both orders.

Thank you, Eric. I did that, I’m surprised the other card didn’t go through, no huge balance, both are MasterCard’s, though my middle initial might have been the issue? Who knows, but I did get the order placed. Thank again for your assistance via this site, it’s invaluable.

I did try to buy something on Taobao, everything went well until I made my payment, my credit card refused to pay, I received a text, I responded it was me, all was well, I was advised to try again. Second time, same thing. Why would this happen? Now I’m concerned about trying again, perhaps the merchant won’t sell to me? Doubtful, but just a thought.

Hi there, unless I missed something, are there agents who simply purchase for you and have it sent without the headache of holding in a warehouse, etc?

Also, signing up for the page annoys me, only due to wanting my cell number, I don’t want it sold to 3rd parties, is that an issue when signing up?

I appreciate the tips you’ve shared and started following your FB page, here’s to easier shopping at Taobao.

I am very active on various social media outlets as well as this blog. So social media is a much faster and more effective channel to communicate with me compared to comments section of this blog.

If you’re serious about buying from China, you can’t miss my social media.

Here are the social media accounts that I hold:

It only takes a few seconds to follow me, but one of my updates there may solve your problems and save you a huge amount of time and money!!

Four Ways to Translate Taobao Words into English
How To Use Taobao Image Search and Alternatives
Taobao Japan Guide:How To Buy From Taobao In Japan
How to View Taobao Rating System and Choose a Reliable Taobao Store ?
36 Things China Taobao Can’t Ship Internationally 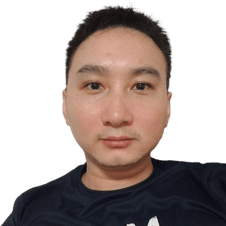 Hi! I’m Eric,the guy behind howtotao.com.I write articles about Taobao, 1688 and purchasing from Chinese websites.Please feel free to contact me if you have any further questions.

How to Transfer Money to Chinese Suppliers Alipay Account

How to Pay on 1688.com Using Alipay Business Account